Stockholm School of Economics the most international according to new index 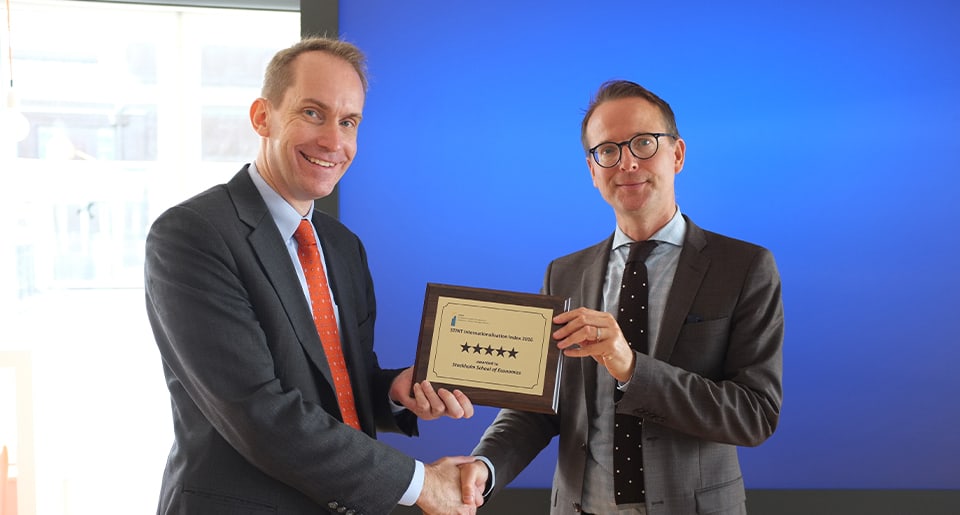 According to STINT’s internationalisation index, the Stockholm School of Economics (SSE) is the most international HEI in Sweden, followed by other specialised HEIs such as the KTH Royal Institute of Technology, the Swedish University of Agricultural Sciences, and Chalmers University of Technology. Younger and smaller HEIs are less internationalised, although some exceptions indicate that this can be changed through the right initiatives.

According to Lars Strannegård, president of the Stockholm School of Economics, the School’s performance in STINT’s internationalisation index is evidence of its development from a Swedish business school with international elements into an international institution based in Stockholm. Students and staff experience an everyday environment permeated by many cultures, languages and perspectives, Strannegård said.

Usually, HEIs achieve more or less the same results in all of the six aspects included in the index. In particular, there is a clear, and not entirely unexpected, connection between teaching offered in English and the number of internationally mobile students. The Stockholm School of Economics and Chalmers University of Technology offer a substantially larger proportion of courses and programmes in English than the other HEIs. The Stockholm School of Economics is also exceptional as regards student mobility.

Only around 10% of staff holding doctorates obtained their qualifications outside of Sweden. At around 20–30%, however, the proportion of staff with documented research experience abroad is similar for all HEIs.

STINT’s review shows that half of all vice- and pro-vice-chancellors have conducted research abroad, but only 4% of them obtained their doctorates outside of Sweden. In the light of the strategic importance of internationalisation, it is important that the leaderships of HEIs have first-hand international experience.

The developments over the period covered by the index show that results remain relatively consistent over time. Globally, higher education and research is rapidly being internationalised, and therefore the index soon needs to show evidence of positive developments, otherwise Sweden will be left behind. During recent years, new top universities have developed in countries across the world thanks to good financing and their global focus. Leading international universities aim to attract the best students, researchers and teachers to enhance their quality and competitiveness.

The internationalisation of higher education and research is an important tool in the development of Swedish HEIs. Internationally connected HEIs contribute to the inflow of ideas, knowledge and networks, thereby enhancing Sweden’s competitiveness. International connections are particularly important in the light of the export dependency of the Swedish economy.