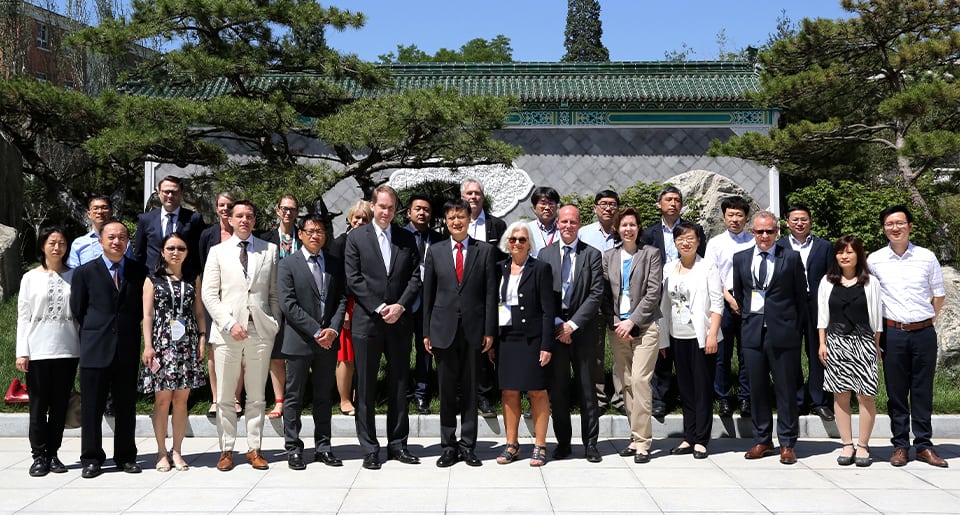 On 29 and 30 May, STINT and the National Science Foundation of China (NSFC) organised in Beijing the Sino–Nordic Policy Symposium on Research Funding. Some topics discussed included the further development of partnerships between China and the Nordic countries and joint funding opportunities. The aim of the symposium was to stimulate dialogue between Chinese and Nordic funding bodies on research policy.

By way of introduction, Jinghai Li, the president of NSFC, presented the reforms that have been initiated at NSFC, which he termed a paradigm shift. Jinghai Li highlighted curiosity-driven research and the fact that the boundaries between basic and applied research are being blurred. Interdisciplinarity is central in NSFC’s new direction, not least because interdisciplinary approaches are required to meet large-scale challenges faced by society. However, it is difficult to find a good system for assessing interdisciplinary research. Other challenges are interdisciplinary researchers’ opportunities for promotion, as well as the difficulties of publishing such research.

The other introductory speech was by Agneta Bladh, Chair person of the Board of the Swedish Research Council, who briefly presented the Nordic countries and the aim of international partnerships (enhancing quality and contributing to sustainable development). The main part of her contribution was devoted to underlining the important values of research, such as excellence, integrity, creativity, transparency, responsibility and global consciousness. The principles of research freedom, which are constitutionally protected in Sweden, were also presented, as were the ethical principles established in the European Code of Conduct for Research Integrity (2017) as well as those determined by the Global Research Council 2018. Challenges and opportunities for collaboration were also highlighted ahead of the discussions.

Subsequent discussions were held in three mixed groups on three topics: International funding programs – Visions and goals, the Funding and evaluation of interdisciplinary research, and Multilateral funding programmes. Each group discussion was preceded by Nordic and Chinese introductions. The discussions covered both fundamental and practical areas of shared interest, and particular attention was paid to ethical issues, as well as to how funders could deal with interdisciplinarity.