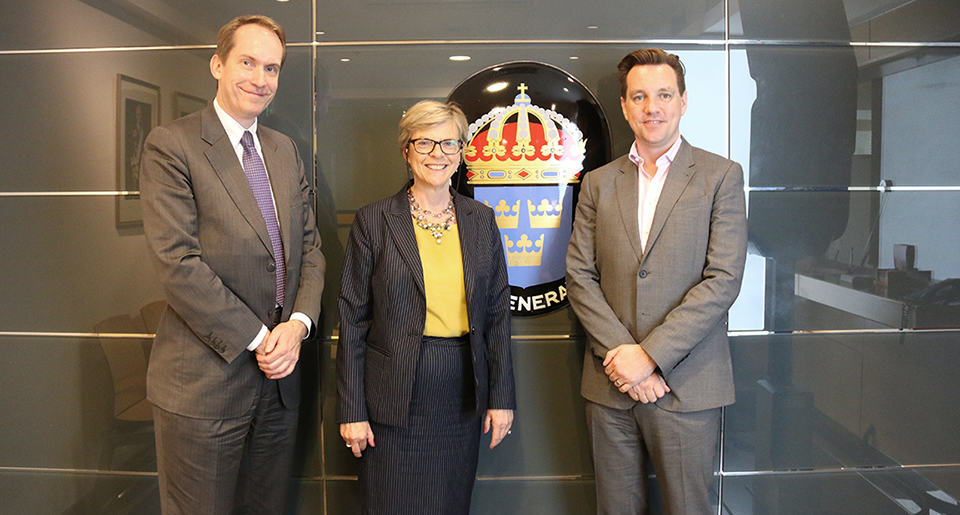 STINT, The Swedish Foundation for International Cooperation in Research and Higher Education, has officially opened its first overseas office in China at the Consulate General of Sweden in Shanghai, China on October 18, 2018. This is part of STINT’s China initiative, which was launched earlier this year.

STINT’s Representative in China is Dr Erik Forsberg. He has long experience of developing and managing international university partnerships and has been working in China for more than ten years.

“Having a physical presence in China with Dr Erik Forsberg is an important step in enhancing academic cooperation between Sweden and China. It is the result of close cooperation with the Swedish Consulate General in Shanghai”, says Dr Andreas Göthenberg, STINT’s Executive Director.

“I welcome STINT’s initiative and Dr Erik Forsberg to the Consulate. It will strengthen the Consulate regarding higher education and research, which is very important in the greater Shanghai area”, says H.E. Lisette Lindahl, Consul General of Sweden.

Since 2015, STINT has provided the largest programme for research cooperation between Sweden and China. The programme, which is co-funded by the National Natural Science Foundation of China (NSFC), supports 75 three-year research projects between the countries and is STINT’s largest single programme.

An annual call is open for applications between July and September.

Activities in China will take place in close partnership with the Swedish Consulate General in Shanghai and the Embassy in Beijing, as well as Swedish higher education institutions and research funding bodies. 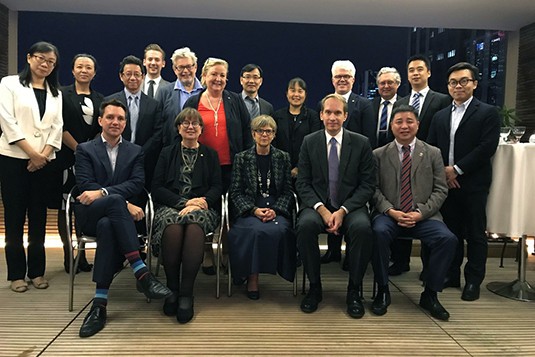 The official launch was held at the Consul General’s Residence on October 18, 2018. Participants included representatives from relevant organizations both in China and Sweden, including the leadership of KTH, Royal Institute of Technology.
Photo: Consulate General of Sweden.