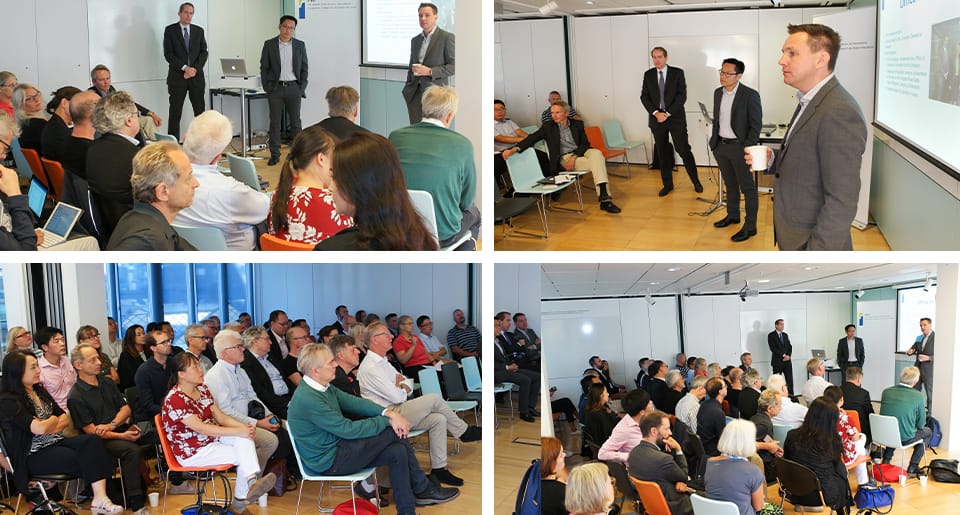 On Thursday 23 August, STINT hosted a breakfast seminar at which its experts on China presented STINT’s initiative in the country and the support it can offer to Swedish higher education institutions regarding trend analysis in and strategic cooperation with China. The presentations from the seminar are available here.

The seminar attracted around 60 participants from Swedish and foreign higher education institutions, public agencies active in the area of internationalisation, and the Government Offices.

STINT’s presence in China is the result of close cooperation with the Swedish consulate-general in Shanghai and the Embassy in Beijing, as well as Swedish higher education institutions and research funders.

The new report Academic Collaboration Sweden-China by Hans Pohl, Programme Director at STINT, was launched at the breakfast.

Erik Forsberg, STINT’s representative in China, presented on STINT’s trend analysis in the country and described the trajectory of Chinese research and higher education over the last 40 years. He also gave some examples of new initiatives in China.

Tommy Shih, China Policy Advisor and Programme Manager, presented on policy and trend analysis and emphasized the importance of working with long-term relations. STINT’s initiative aims to accumulate knowledge, but also to contextualize information and thereby making it relevant to Swedish actors’ strategic efforts in relation to China.

During the following year, STINT will organize a number of seminars and symposia with other Swedish, European and Chinese research funders, policy actors and universities. Our vision is that STINT will develop into and act as a knowledge node in the Swedish innovation, research and higher education systems.

More about STINT’s initiative in China.

Since 2015, STINT has provided the largest programme for research cooperation between Sweden and China. The programme, which is co-funded by the National Natural Science Foundation of China (NSFC), supports 75 three-year research projects between the countries and is STINT’s largest single programme.