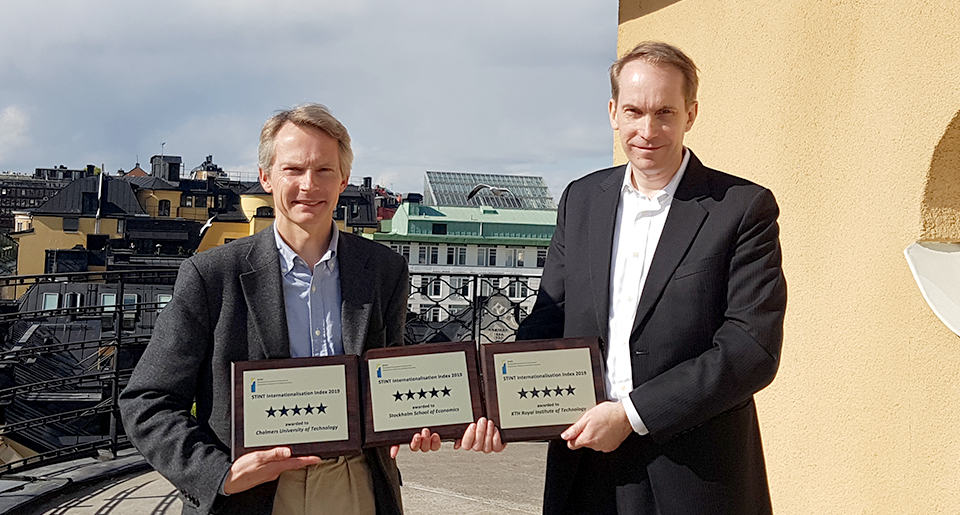 There is a weak but positive trend: Swedish higher education institutions receive higher ratings in STINT’s Internationalisation Index. However, development is slow and important aspects such as student mobility to and from Sweden remain almost unchanged. No new higher education institutions have been awarded five stars this year, but the three that already had 5-star ratings retain them.

The Swedish Foundation for International Cooperation in Research and Higher Education, STINT, annually presents an index that shows how international Swedish higher education institutions (HEIs) are. Six dimensions of internationalisation are considered in the index. Of the 28 rated HEIs, three are awarded the highest rating of five stars: the Stockholm School of Economics, KTH Royal Institute of Technology and Chalmers University of Technology. Seven HEIs are awarded four stars; this is one more than last year. Some additional HEIs are also receiving 3-star ratings.

The index is now available for 2011–2017, and a number of trends can be identified. One clear trend is the increased proportion of courses and study programmes offered in languages other than Swedish (usually English), from 15% to 20%. The proportion of researchers and teachers who had obtained their doctorates abroad has also increased since 2011, from c. 8% to 13%. This figure is obtained by comparing the number of staff with doctorates obtained abroad with the total number of staff holding doctorates at a specific HEI.

Some of these dimensions can easily be compared to developments in other countries, such as how international research is. The figure below shows key figures for Sweden and comparable countries. Despite somewhat declining figures, research conducted is Sweden is more international than that of neighbouring countries, but this difference is diminishing. 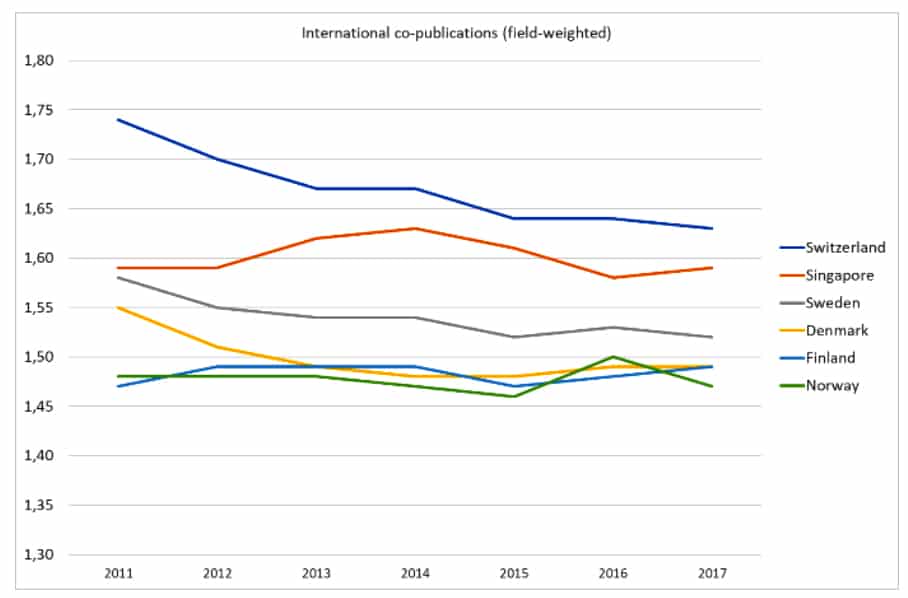 On the whole, despite a weak positive trend, the question remains whether enough is being done to internationalise Swedish higher education and research. Professor Agneta Bladh, who at the end of 2018 submitted her final report in the inquiry on the increased internationalisation of HEIs, responded to the results:

“Although the data show that more higher education institutions have better figures in the dimensions measured in STINT’s index, student mobility is particularly worrisome. All students need international experience, however short. Those who will work in Sweden also benefit from such experience.”

The table below shows the index of all higher education institutions. The arrows indicate changes since the previous year. More information about the 2019 results.