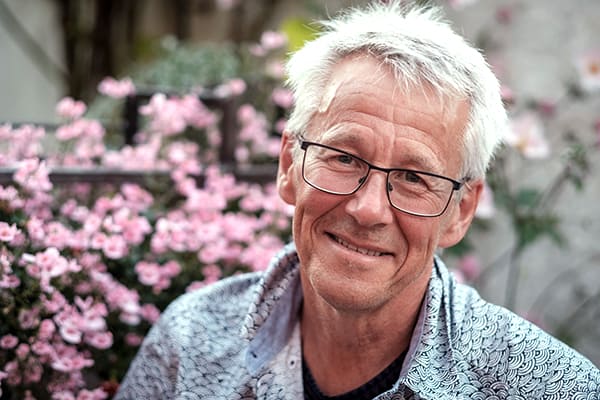 STINT funds 16 different programmes, including a Double Degree Programme. A few years ago, the Faculty of Engineering (LTH) at Lund University received funding from STINT for such a programme.

“Launching such a programme takes a lot of planning, but there are great benefits to the university and the students,” says Per Warfvinge, professor at LTH.

There is a lot of competition in the higher education sector. Institutions need to attract ambitious researchers and teachers, as well as students, and one way of doing this is to offer a variety of study programmes.

“These types of programmes are important to the university, because they attract students with a certain mind-set – they are ambitious and curious and can imagine studying abroad a few years,” says Per Warfvinge, professor at LTH.

International perspectives are also important in offering programmes of the highest possible standard. Students who want to study abroad place greater demands on programmes, according to Per Warfvinge.

Partnership with the University of Queensland

LTH has offered double degree programmes since the early 2000s, and has extensive experience running such programmes. Nevertheless, many pieces must be in place and need to function if such a programme is to succeed.

“There is a lot of planning involved. It is important to have knowledge of all the technicalities and details of the programme, because the aim is to integrate the partnership in ordinary operations and then to just keep going,” says Per Warfvinge. The grant that LTH received from STINT was used to fund three areas, including student scholarships.

“These are modest amounts of SEK 30–40 000, but scholarships are important to students who had not been able to secure funding on their own.” The grant is further used to fund trips taken by teachers and administrators. Funds are also available to programme and study coordinators who have a greater need to meet, consult and make informed decisions. Contact with the partner university is not only important in creating a successful programme, but also in further developing one’s own study programmes.

Double degree programmes are not as popular among Swedish students as among for instance Spanish, French or Brazilian students, according to Per Warfvinge. There are several reasons for this.

“In Southern Europe it is part of the study culture. Formal qualifications are emphasised in recruitment processes, while Swedish employers tend to focus more on experience and personal qualities. Sweden also has a good labour market.”

Part of the culture

Nevertheless, students who want to go abroad benefit greatly. With a double degree, they can give their qualification a specific profile and they learn how to act in an international context.

“For those who are interested in an international career it is very valuable to have spent so much time abroad. Students from Lund spend two years in Australia. Students become part of the culture and show that they can overcome the challenges faced by international students,” says Per Warfvinge.

Had LTH been able to do this without STINT funding? LTH may have been able to plan everything, according to Per Warfvinge, but because of the scholarships, students regard the programme as something worth aiming for.

Per Warfvinge is grateful for the grant from STINT. It has enabled him to consider and initiate this programme, which, despite not being one of the biggest programmes, create grassroots benefits.

“STINT has large and small projects. I especially appreciate these smaller programmes where the money goes to students, departments or faculties. I know that the grant is well used at this level,” Per Warfvinge concludes.